Summary: The Manual: A Philosopher’s Guide to Life by Epictetus 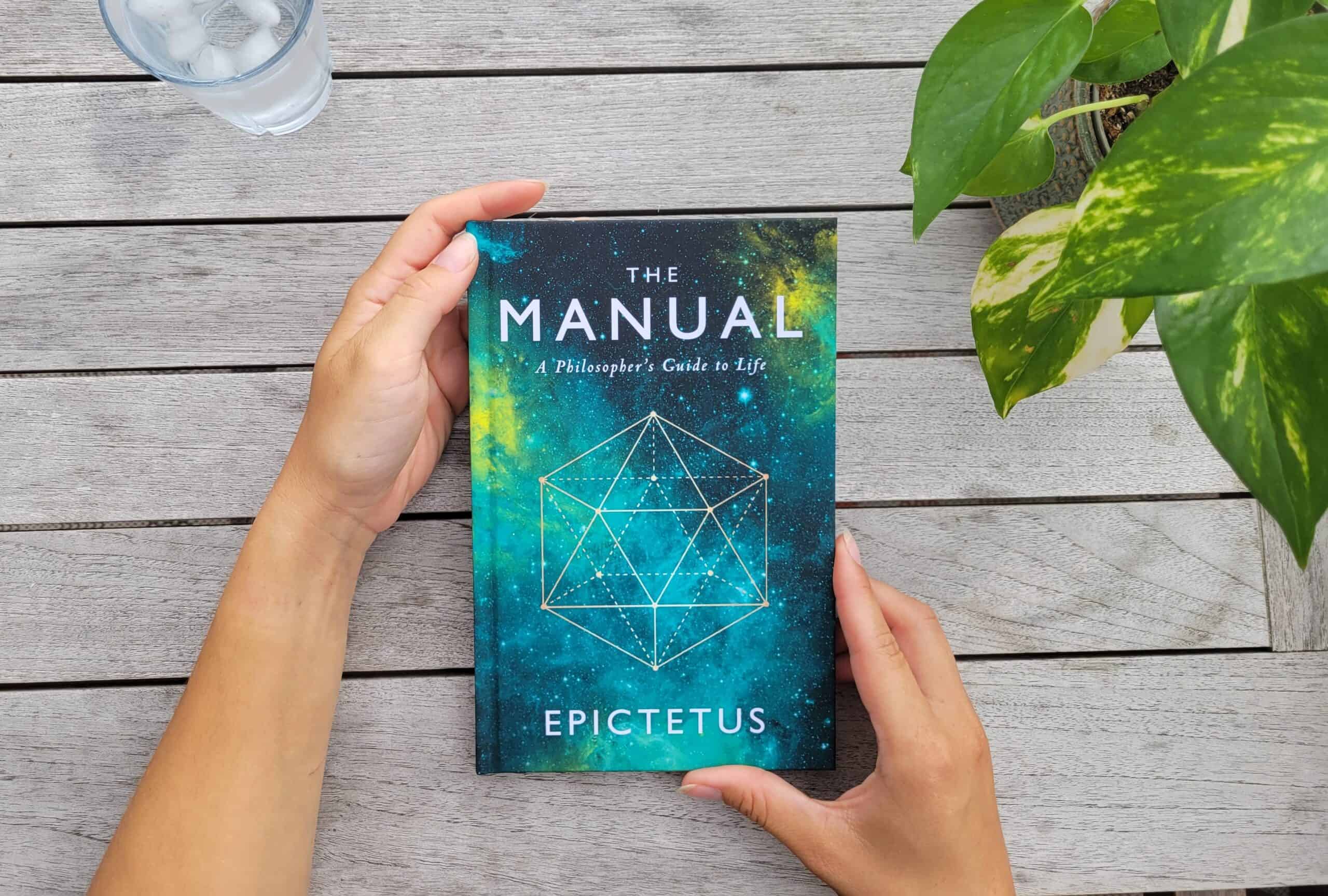 “The Manual” is a collection of teachings of Epictetus, one of the most famous philosophers proponing Stoicism, a set of practical teachings to obtain happiness and overall wellbeing. Epictetus’ was a slave and had trouble walking, but his teachings were very influential and even decisive to Marcus Aurelius, a Roman emperor.

This book presents a modern interpretation of Epictetus’ speeches, adjusted to the modern language and fast-paced way of life. At just over 60 pages long, this short read contains enough impactful messages that will force the reader to ponder over and constantly analyze.

“The Manual” is constructed from 53 “chapters,” short essays or maxims, each consisting of the collection of Epictetus’ teachings carried over by his students. The book doesn’t intend to provide the answers to the problems but rather to provoke and challenge the reader with thoughts on how to overcome any challenge that life presents.

While this book contains some practical principles and rules of life characteristic of the Stoic philosophy, it doesn’t go in-depth into the definition and history of Stoicism, so readers should consider this book more like a guide than a comprehensive collection of Stoic principles. Instead, readers are recommended to get familiar with other writings, such as “The Daily Stoic” by Ryan Holiday.

Another important note is that this is not a literal translation of Epictetus’ teachings but rather an interpretation of those. As such, this book is a modern, distilled version of Epictetus’ philosophy.

Standing at 66 pages for a paperback edition, this book is written as a collection of speeches performed by Epictetus and written by his students and followers.

Most of the readers had high praise for the interpretation of Epictetus’ words by Sam Torode, who managed to deliver the complex philosophical topics in an accessible way, understandable to the average reader. Readers pointed out that Torode’s interpretation is written in simple language and, as such, easily digestible for a modern reader.

People interested in getting a brief, fundamental insight into Stoic philosophy, with a modern interpretation of the ancient messages, should start with this book. Torode did a great job of distilling the Epictetus’ teachings and made them accessible to people not previously familiar with Stoicism.

Because of this, “The Manual” is not recommended for people interested in getting a deeper insight into this philosophy and learning the historical background of its origins. Other works, such as the writings of Marcus Aurelius and Seneca, are better suited for readers demanding more background knowledge on the philosophy.

How well does “The Manual” compare with other titles in this field?

Depending on the readers’ preference, some of the books that could provide more of a historical context of the philosophy are “Meditations” by Marcus Aurelius and “Letters from a Stoic” by Seneca. Other works on Stoicism that could be a good complementary read to the “Manual” are ‘Epictetus’ Discourses and Selected Writings” by Robert F. Dobbin and “The Daily Stoic” by Ryan Holiday.

The audiobook version runs for 47 minutes and is narrated by Sam Torode, the author of the printed version. The overall thought of the readership is that Torode’s performance fits perfectly with the core messages of the book, delivering a calm and peaceful tone.

Listeners felt like Torode was “sooting” and had a sense of “being put to sleep” with the tempo and balanced intonation of the author. This is why some readers recommended this audiobook as a perfect night read.

Since Torode’s intonation was slow and consistent, some readers shared that they were able to listen to this book by speeding it up without losing track of what the narrator was saying. This can be helpful for people who don’t have a lot of time for reading and need to digest the material fast and efficiently.

Some of the readers were bothered by the fact that Torode delivers such a calm and monotonous performance and felt like the audiobook lacked emotion and inflection.

What do readers say about “The Manual”?

The consensus among the readers is that “The Manual,” while extremely short and able to go through in an hour or two, still contains enough information that requires a long and thorough analysis.

There are a lot of things to contemplate on in this short book, and the fact that it’s such a quick read enables the reader to come back to it and reread it constantly. This, according to some readers, will help you remember the book’s content more effectively.

Torode’s interpretation of the Stoic teachings is exceptionally well adjusted for a modern reader. People are pleased with the fact that the author was able to make a 1900 years-old philosophy relatable to the present circumstances and written in the modern English language.

Even though this book doesn’t deliver all the teachings and principles of Stoicism, readers still found Torode’s interpretation valuable, noting that the author provided them with the “how to” guide on dealing with problems that life brings in a Stoic manner.

The core message is always helpful

Some readers couldn’t agree with all of the principles laid out in this book and even consider some of them to be outdated and not very applicable to the 21st century. While this point of view can be debatable, as some of the readers found the complete text of the book valuable and helpful, there is one piece of advice that is universally accepted among the readers.

Regardless of what people think about some of the messages from the book, they universally agree that the core message of the book, and Stoic philosophy in general, is always relatable and valuable. To focus only on thighs that you can personally influence and disregard all the ones out of your sphere of influence is a message that stands the test of time and is as applicable today as it was almost 2 millennia ago.

Easy to understand, hard to apply

While concepts laid down in “The Manual” were written in simple language and easily understandable by the vast majority of readers, people are of mixed opinion when it comes to applying these principles in real life.

Readers feel like it’s very hard to live by the “rules” presented in the book and that they require a considerable amount of effort and commitment to become a part of someone’s mindset. The additional problem presents the fact that most of these principles apply in situations where people need to react fast and almost instinctively, so making this philosophy a part of someone’s routine is not the easiest thing to do.

Some readers stated that this book was their introduction to Stoicism, but also philosophy overall. People even stated that they were completely unaware of any philosophical schools are were generally not interested in learning more about philosophy, but after reading this book, some of them immediately jumped to more materials on this topic.

Readers found the ease with which the author presented some of the very complex and deep philosophical principles much appealing and felt the urge to keep investigating and gaining more knowledge about philosophy.

While most of the readers appreciated the fact that Torode delivers a concise, quick read without going into much detail, some people didn’t like the fact that this book doesn’t provide a historical context on the occurrence and development of this branch of philosophy.