State of US Public Libraries – More popular & digital than ever 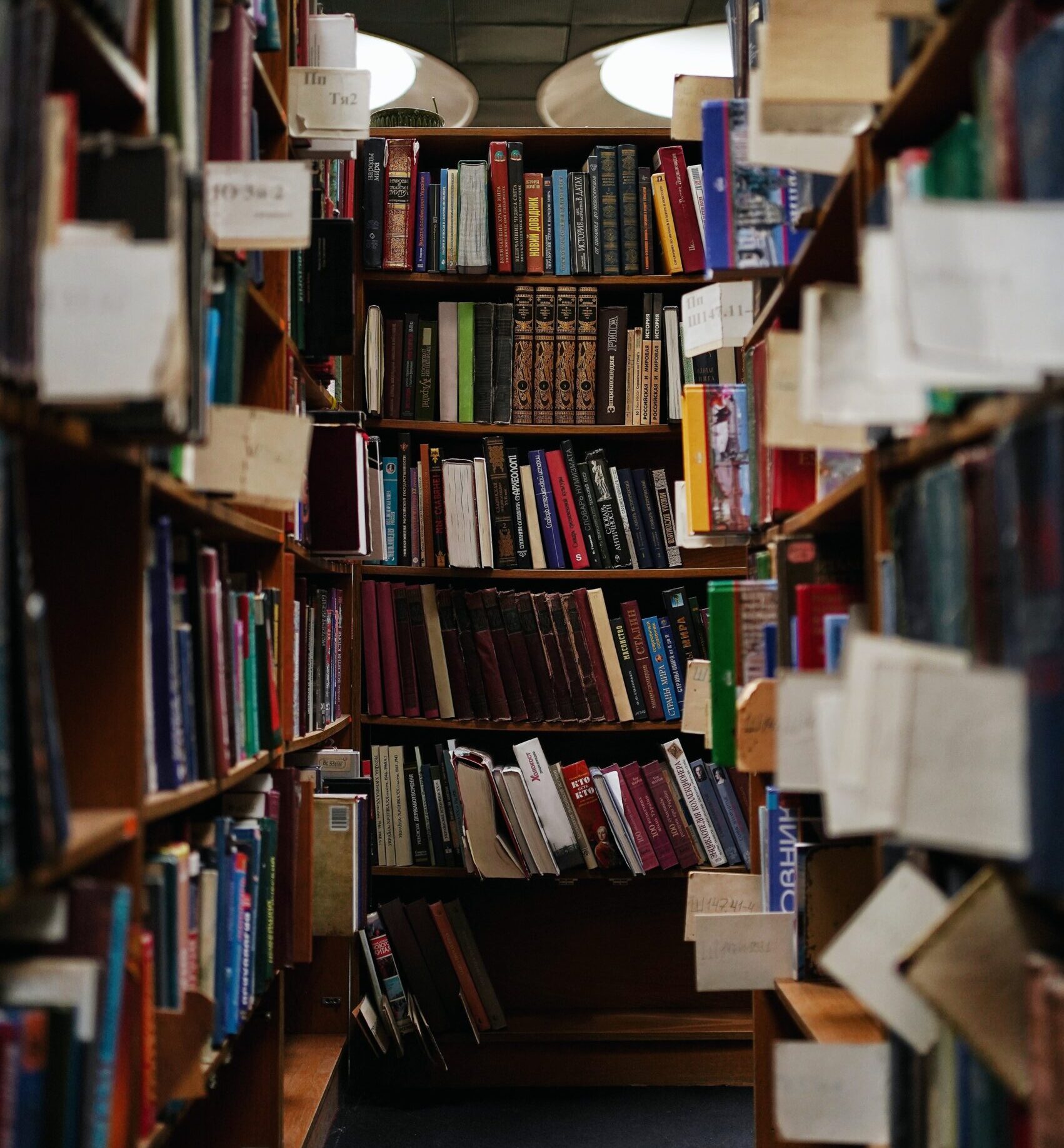 This is a comprehensive analysis on the current state of public libraries in the US and the mapping of trends from 1992-2019. This report analyzes more than 12.5 million data points, from all 50 states, and the nearly 17,500 libraries across the country.

Why people think “libraries are dying”

Libraries are more popular than ever thanks to the strong shift to digital:

It’s never been more expensive to operate a library

Why people think “libraries are dying”

A common question is whether or not libraries are dying or becoming obsolete. Before highlighting why that is not true, we wanted to highlight where these misconceptions come from

Visits in a 10-year decline

As a staple in American communities, the number of people visiting their local libraries had reached 1.59 billion in 2009, having grown 34.52% since 1992.

In addition to fewer people visiting libraries, fewer and fewer books are being borrowed each year as seen by the 19.21% decrease in physical collection use to 1.83 billion in 2019.

The logic seems simple enough, less people are going to the library and there are fewer books being borrowed, so “libraries must be dying”, when in fact, libraries have never been more popular.

Libraries are more popular than ever

Despite the decrease in physical collection use, total library collection use reached a record high of 2.98 billion in 2019, growing 15.96% since 2013.

More Americans are registered borrowers at public libraries than ever

This means 53.52% of all Americans are registered borrowers at a public library.

The number of registered borrowers has been consistently growing, increasing 7.60% since they began measuring this metric in 2006.

Registered borrowers are more active than ever

Between collection use and the number of registered borrowers being higher than ever, it’s clear that libraries are not “dying”; libraries are evolving as they continue a strong shift to digital, providing more content digitally and finding new ways to use the physical space of libraries.

Library collections are larger and more digital than ever

Just 10 years ago in 2009, physical items like books, magazines, newspapers, and physical video and audio materials accounted for 98.13% of library collections, being cut in more than half down to just 45.25% in 2019.

When the period of decline for books began in 2008, ebooks began to take off in growth, followed by audiobooks.

Both physical and digital audio materials account for more than a fifth of all collections (21%) while videos have consistently remained in the 4% – 6% range.

On a per-capita basis, the total collection size has increased 48.10% from 2014 to 2019. During this time period, books experienced a decline, while all other formats increased.

Collection use is more digital than ever

Despite these overall trends, physical items like books and magazines are still used the most.  The number of physical collection items borrowed per capita (5.63) is 59.65% greater than digital collection use per capita (3.53).

Average use / borrows per material per year

Note: How average borrows of books, ebooks, and audiobooks were estimated

More library programs and higher program attendance than ever

As libraries continue integrating, using, and providing digital solutions, the physical space has the opportunity to evolve and be used for other means.

One primary way of doing this has been through offering greater diversity and depth to their programming offerings. Using these as opportunities to serve and engage with more people in their communities.

More library programs than ever

Programs for young adults reached a peak of .596 million programs in 2019. Although there are more than 4x kids programs, young adults programs are growing at a faster rate of 40.65% from 2014.

More people are attending programs at their public library than ever before. Total program attendance reached 125.55 million in 2019, up 23.06% since 2014 and nearly doubled since 2004.

On average, 21.19 people attend each library program at US public libraries.

Attendance at programs for:

Library program attendance accounts for more visits than ever

Although overall visits to libraries are in decline, the same is not true for program attendance.

The rising of program attendance accounting for more than a tenth of all visits suggests that library programs are playing an increasingly larger role in how libraries plan to operate. Providing a greater depth and diversity of programs that allow libraries to connect with and address the needs of more people in their community.

In comparison to the bottom 10 states, the top 10 states by the number of programs per capita have:

In comparison to the bottom 10 states, the top 10 states for program attendance per capita had:

The trend points to benefits to libraries that offer more programs per capita and higher program attendance per capita, specifically in greater visits, collection use, and even registered borrowers.

In addition to the vast collection of materials and programs, libraries also play an important role in meeting the technology needs of their communities. One of the most basic technology needs in this day and age is access to a computer and the internet.

Libraries have been continually stepping up to fill that technology gap in communities through access to 224 million people who logged a session on their 300,338 available computers.

This decline in computers may be due to the 30.40% decline in computer users, lowering the demand for having as many actual computer stations. In that same time period though, the number of WiFi sessions increased 234.54% to nearly 500 million sessions.

Libraries are ensuring that the basic technological needs of their communities are met through computer and internet access.

Never been more expensive to operate a library

It has never been more expensive to run a public library in the US. Total operating expenses reached $13.37 billion in 2019.

Libraries’ costs are more administrative than before

The costs of running a library is more administrative than ever. 8.92 billion dollars were spent on library staff in 2019, 66.66% of all expenses. In comparison to the 1.45 billion spent on library collections and 3.01 billion on “other expenses”.

Libraries are spending less of their budget than ever on library collections, accounting for 10.82% of total expenses.

$1.45 billion dollars spent on library collections in 2019 the highest ever

A total of $1.45 billion dollars were spent on library collections in 2019, the highest ever.

Library collection cost per material is cheaper than ever

The drop in price per item is due to library collections becoming increasingly digital. This is because the price per digital item has declined significantly. All while the average cost per book increased 10% since 2003.

Print materials are 139.13% more expensive than electronic materials but are still 95.54% cheaper than physical audio and video materials.

Physical audio and video materials are the most expensive, costing 367.39% more per material than electronic materials.

Library collection cost per use

Due to the average item in a library collection being borrowed or used an average of 1.23x per year, it costs libraries $0.66 per material borrowed, 39.50% less than the cost per material itself ($0.81).

Although digital items may be the cheapest for libraries to purchase, they cost a library more than 3x than a book on a per-use basis. Although, it’s possible for these roles to reverse if the trends of price per electronic material continue to decline alongside increased digital collection use.

This can already be seen playing out through the 46.91$ decrease in cost per digital collection use from 2013 to 2019.

Total operating income reached an all-time high at a total of $14.31 billion dollars.

$13.28 billion of the total operating income comes from government funding and $1.02 billion from other income in the form of monetary gifts, donations, interest, library fines, fees for library services, or grants.

85.69% of which comes from local governments.

When breaking down the other funding sources, we see:

If libraries relied purely on government funding, they would be operating at a total deficit of $4.38 billion.

This has forced libraries to rely on other income sources for the funds to continue serving their communities. Thankfully, this other income has put US Public Libraries in a surplus of $17.05 billion since 1992.

Other income continues trending upwards as well, increasing libraries’ surplus budgets year over year, while government funding is accounting for less and less.

The 25 government funding decreases over the past 27 years haven’t improved the situation either.

Having been underfunded by the government for quite some time, we wanted to understand just how beneficial increasing funding could be. To do this we compared each state’s library funding per capita against performance metrics.

In comparison to the bottom 10 states by funding per capita, the top 10 states had:

States with greater library funding per capita tend to see significantly better results on a wide range of metrics. Showing the potential clear benefit of increasing government funding of libraries, to help drive engagement and continue to evolve.

There are 17468 public libraries in the US, including central libraries, branch libraries, and bookmobile.

Bookmobiles are “mobile libraries” that allow libraries to bring their resources, services, and engagement with their community out of the library.

More librarians than ever – but not a livable wage

The average expense for each librarian and library staff is $61,659.77.

The average full time library staff earned $44,679 (before taxes) in 2019. Even with the average salary increasing 11.08% since 2014, library staff is still paid 35.07% below a living wage for a family of three with two working adults and one child.

Only three states pay librarians and library staff a living wage on average.

Libraries have made a significant digital shift over the years and it isn’t likely to slow down. Because of this, libraries have been able to provide more access to resources than ever.

As the future becomes increasingly digital, so will libraries. As this happens, how libraries use their physical space and the role they play in the communities may change.

For this analysis, we used the IMLS’s Public Libraries Survey (PLS) dataset. The PLS has been collected annually, across the entire US, from more than 17,000 individual public libraries. The digitally available data ranged from 1992 to 2019.

PLS Data is provided annually and had two sets of data to collect, the individual public library dataset and the overall state-by-state dataset. All data was collected and reformatted to match a unified format created based upon the analysis of yearly changes in documentation.

Nick Rizzo is a market and consumer interest researcher, with experience as an educator and director of district-wide literacy initiatives in low-income, urban schools. His research has been cited in scientific peer-reviewed journals and leading publications like the WashingtonPost, Guardian, CNBC, LATimes, and many more.